Actually, he might quilt. I got three wonderful quilting books under the tree from Santa this year. I’m so excited! 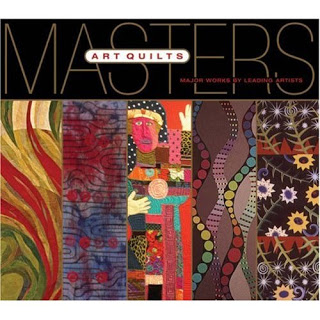 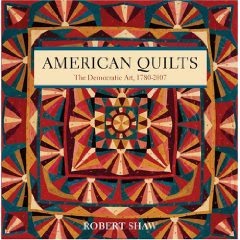 A good time was had by all.

Waiting for everyone to arrive…
Orange placemats were made for Kim… Blue prepared especially for Margaret following Vickie’s wonderful tutorial. Thanks Vicki! 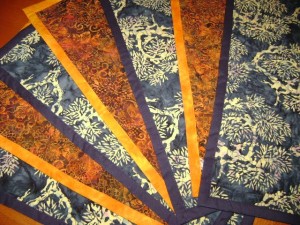 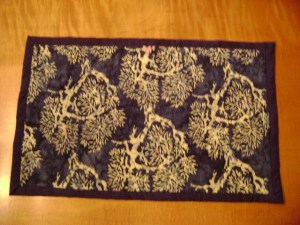 Sean, Kim, Jacob and Samantha opened their B.O.M. Calendar and are excited to hang it up at their place. (If you want to make one, directions are on this website!) 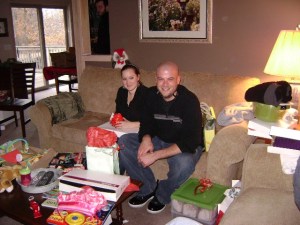 Margaret and Loren got a lot of stuff for their new house! It’s so hard to decorate your first tree when you don’t have ornaments, so they got a lot of them.
Even Stormie got into the fun!

I hope you all had a very Merry Christmas! Wishing you a Happy New Year as well.

Looks pretty boring, doesn’t it?
But that was the back.
This is the front!

It’s a reading pillow,
made for my Mother-in-Law for Christmas.

She reads a lot, but has arthritis.
The pillow helps her hands by holding the book open.
I’ve seen these on other blogs before.
You can even buy one commercially-made.
It has a pocket on the bottom half of the front
and it matches her family room de’cor.

The quilt world has lost a wonderful quilter. I will miss Vivian… her quilts were beautiful, and she was a sweet, delightful person. I remember fondly sharing numerous lunches at Vivian’s home. She was a great hostess, and a charming person.

GOTTLIEB, Vivian Sosna – Of Brentwood, CA (formerly of Ann Arbor) passed away peacefully on November 8, 2009. Born August 20, 1930, Vivian was a gifted artist and poet, devoted wife, loving mother, dedicated homemaker, wonderful cook, and loyal and supportive friend to many. Vivian loved movies, reading The New Yorker magazine, collecting bride and groom figurines, and most of all, spending time with her family, sharing delicious meals, telling family stories and jokes, and enjoying the pleasure that her husband, children and grandchildren gave her. Vivian was born in Winnetka IL and graduated with honors with a BFA in painting from the University of Michigan in 1952. That fall she married Norman Gottlieb of Detroit and they moved to Flint MI upon his graduation from U-M Law School. They raised their family in Flint, where Vivian began a career in quilt and textile artistry. Her quilts won many awards and were featured in anthologies and shows across the country. She was active in the Flint Institute of Arts and served as a docent there. Vivian and Norman retired to Ann Arbor in 1992, where Vivian was active in the cultural community. She was a strong supporter of the U-M School of Music, Theatre and Dance and regularly enjoyed Ann Arbor’s many fine musical offerings. In recent years she and Norman relocated to southern California to be near their youngest grandchildren. She is survived by her husband, Norman Gottlieb; children Siri Gottlieb and Lisa Gottlieb (Jeff McCabe) of Ann Arbor; Mia Gottlieb (David Atkinson) of Tokyo, Japan; and son Sam Gottlieb (Rosalind Robinson) of Santa Monica CA; grandchildren Aaron Wilhelm (Alya Kashper Wilhelm) of New York City; Maisie Wilhelm of Denver CO; Zoey Clark and Nevon Clark of Ann Arbor; Evelyn Atkinson of Cambridge MA; Norah Atkinson of Seattle WA; Max Atkinson of Tokyo, Japan; and Nicholas Gottlieb and Chloe Gottlieb of Santa Monica CA. She was thrilled to welcome her first great-grandchild, Zina Wilhelm of New York City, into the world in October. Vivian and Norman recently celebrated their 57th wedding anniversary. Vivian was deeply loved by her family and friends, and will be profoundly missed. A private memorial for Vivian was held at a favorite spot of hers on the beach at Point Dume in Malibu CA.

It’s been a busy year… here are random photos taken, shown in no designated order. Paper lantern quilt, son and his fiance bought a house and moved in, an owl redwork quilt started, an adorable cat, a Christmas past, a gorgeous autumn, beautiful red climbing rose, an attempt at a fabric postcard, a table runner… just to mention a few things. 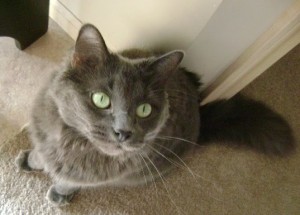 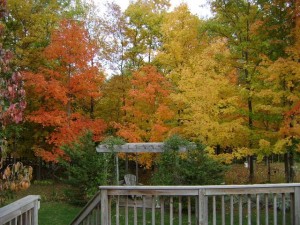 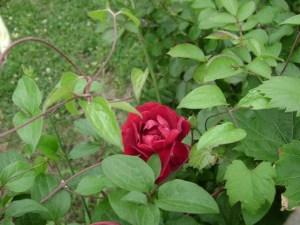 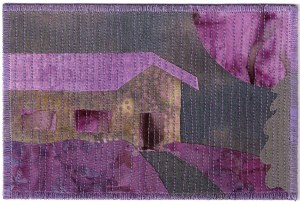 Unless posted otherwise, all photos and writing copyright Caron Mosey,
http://blog.caronmosey.com. If you would like to use a photo or article seen here,
please contact me at caron mosey at gmail dot com.
MQAI 2010

My heart skipped a beat on Tuesday when I opened the mail to find a letter inviting me to participate in the 14th Michigan Quilt Artist Invitational. Whoopie!

South of the Border

Now, to do my research on the art and culture of Mexico, Central and South America before I create an original art quilt. I have some ideas, but also time to do some serious thinking and sketching.

WHAT FUN! I love a challenge! Stay tuned!

There are times when quilting that you will need to sew a mitered corner. If you’re new to quilting, here is how I handle the job using a white square and brown border strips.
Place a strip of fabric on top of the square or rectangle to be bordered, right sides together. Make sure the border strip to be mitered extends over the edge of the square or rectangle enough to create the miter. Sew with a quarter-inch seam along the straight edge stopping one-quarter inch from the end. Repeat with the fabric strip along the opposite side of the corner. Press seams towards the fabric strip. In these photos, you are looking at the wrong side of the fabrics. Notice in the second photo that the corners are not sewn down.

Line up the edge of your ruler along one of the strips and with a chalk or marker, draw the line on the overlapping strip. Repeat with the other strip. 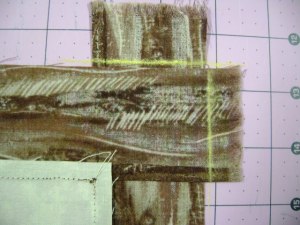 Fold one strip over the other strip as shown in photo. The square or rectangle in the center will have a diagonal fold. Place your ruler along the diagonal. Draw a line from the intersection of the corner seam to the point at which the strips meet (where you traced the lines earler). Pin in place with two or three pins. Sew along the drawn line.

Open and press the miter to one side. Trim away the excess fabric one-quarter inch from the seam. Voila! You have made a mitered corner!

If you are working on the Block of the Month Calendar, the directions for the January block are available for download!

January Block of the Month
To view the finished block, look in the right-hand column.

Quality Quilts From A Quilty Guy

I am Pam Holland

my "blog" related to quilts and other things that interest me.

My adventures in Quilting and Gardening

Life on a Dirt Road

Life is like a dirt road. Always changing. Never the same. And I love it, potholes and all.